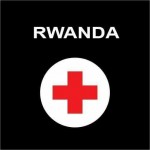 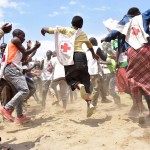 0 Reviews
0.0
Write a Review
This company has no reviews. Be the first to share your experiences!

Location map
Show Map
Expand Map
KG 254 St,Kacyiru, Kigali, Rwanda Get Directions
Description
The idea to start the Red Cross movement was born in 1859, after a bloody battle of Austrian against French-Sardinian troops at Solferino (Italy) witnessed by a young Swiss man, Henry Dunant. Approximately 40,000 men were killed or severely wounded at the battlefield and there was nobody to nurse the wounded or take care of the suffering.

From this traumatizing experience, Dunant pioneered the idea of establishing first aid based national societies to take care of wounded soldiers and civilians during war times in his legendary work, the Memory of Solferino.

“Wouldn’t it be of great importance if there is an approach, during peacetime, to set up the first aid societies whose goal would be to take care of wounded in wartime, by zealous, devoted and well trained volunteers, for such action?” Dunant asked.

In 1863, a committee of five Genevans led by Henry Dunant came together to establish Red Cross. At its very early start, it was the first international aid committee for the wounded at the frontlines of wars and conflicts. Soon after, this name changed to form the International Committee of the Red Cross. The movement’s emblem was a red cross with a white background, an inverted Swiss flag.

Over the next year, 12 governments adopted the First Geneva Convention, a vital step in the history of humanity since this convention envisaged the first aid service for wounded and defined medical services as “neutral” at the battlefield.

Dunant’s work steadily expanded since the battlefield of Solferino and set ground for the Geneva conventions of 1949.

Established in July 1962, Rwanda Red Cross is a humanitarian organization that acts auxiliary to public authorities as envisaged in the Geneva Conventions that provide for the establishment of such societies in every signatory country.

On 21 March 1964, the government of Rwanda ratified the Geneva Conventions and on 29 December 1964, Rwanda Red Cross was officially recognized by a Presidential Decree. It was however to be recognized internationally as a member of the Red Cross family by the International Committee of Red Cross on 8 October 1982 making the 130th National Red Cross or Red Crescent Society to have been created. There are currently 189 such societies worldwide making Red Cross the World’s largest humanitarian network.

On 8 October 1983, Rwanda Red Cross gained its membership in International Federation of Red Cross and Red Crescent Societies and was able to organize its first General Assembly in 1989.

But as was the case for many other national structures in the country, the war and genocide against the Tutsi of 1994 also had destructive effects on Rwanda Red Cross. In 1995, with the support from the International Federation of the Red Cross and Red Crescent, Rwanda Red Cross resumed its activities.

In 1997, the second General Assembly was held and preceded a restructuring of the society and the adoption of the decentralization policy of 1999. As a result of this decentralization approach which aimed at taking the Red Cross closer to every Rwandan, the National Society now has a total of 30 local committees accounting for each of Rwanda’s districts.

Similiar Page for Your Business?

Make sure everyone can find your business online. Create your dedicated company page on Rwanda YP - it's simply and easy!
List Your Business
BACK TO TOP